Today, my pretties, I urge you to check out the zombiepocalypse novella Monsters Unmasked, by fellow Creeper Lori Whitwam. 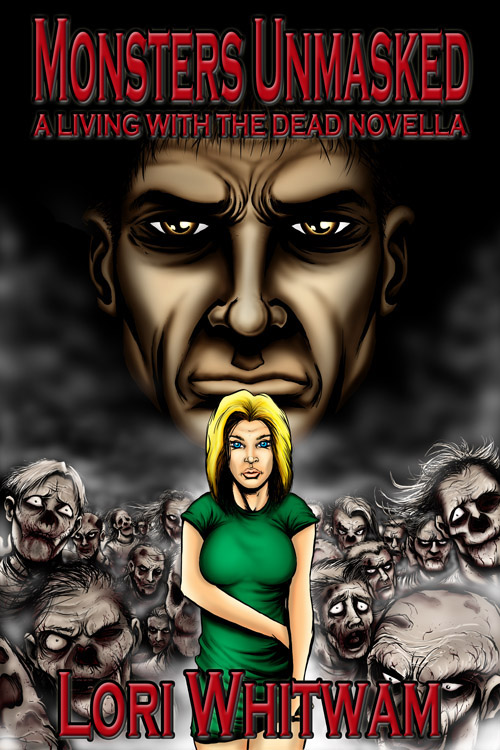 A blow-by-blow account of one woman’s horrifying ordeal during the rise of the undead, Monsters Unmasked steers clear of the stand-by plots of zombie sieges and people on the run, and focuses on the realities of what kind of world we would find ourselves devolving into. Bad men become worse, slavery and profiteering would become a way of life, and the weak would be preyed upon by the strong.  But is there hope for a woman with no reason to live? Is there still good in mankind when death ceases to be the worst that could happen?

Whitwam asks these questions and many more, crafting a slow-building, riveting drama from the ashes of society. The living dead become peripheral dangers, like sharks circling the Titanic, and they aren’t missed in the least. Monsters Unmasked pulls no punches, but also doesn’t revel in gore and cartoonish violence and mayhem. This is a thoughtful and intelligent take on the Zombie tale and one well-deserving of a read.

Check it out at http://www.smashwords.com/books/view/49948

*Lori Whitwam spent her early years reading books in a tree in northern West Virginia. The 1980s and ‘90s found her and her husband moving around the Midwest, mainly because it was easier to move than clean the apartment. She currently lives in a northwestern suburb of the Twin Cities for reasons that escape her, but were probably good ones at the time. Her debut novel, a contemporary romance titled Make or Break, will be released in Spring 2011, and she is at work on her next project. For more information, or to preview Make or Break, please visit her website at loriwhitwam.com.

*from the Author’s notes of Monsters Unmasked

Now get yoself a double-shot of X-Mess cheer to make up for yesterday’s absence: